By AlephLabs 8 years ago
Back 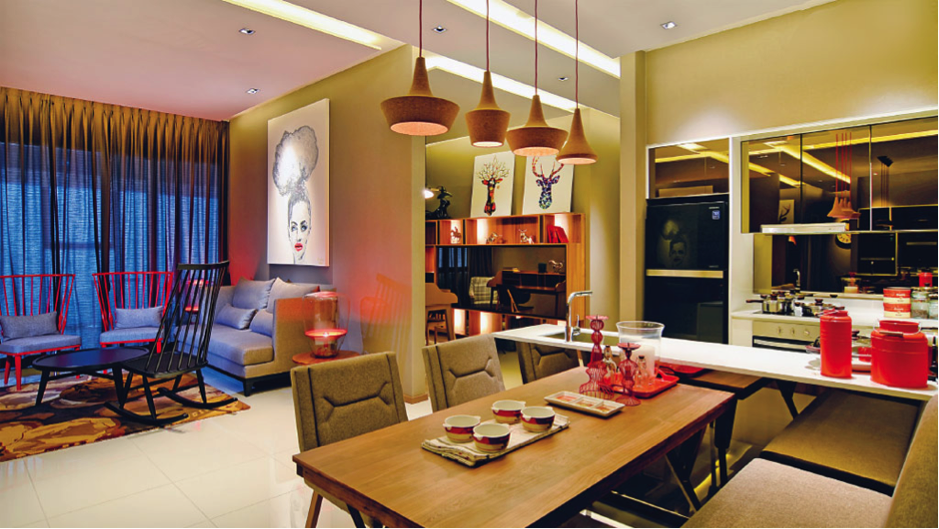 Coming out with a concept for contemporary resort style living that differs from what is currently available is not easy. However, Idea Workshop associate architect Luis Tseng Hsien Shin proved himself up to the task when he conceptualised the Anjali project, located in North Kiara.

Developed by Angsana Setia Sdn. Bhd., this 4.93-acre free¬hold project comprises 365 condominiums, 26 signature villas and four penthouses. Consisting of four condominium blocks of 29-storeys each, two blocks were launched in Janu¬ary while another two were launched in June.

The four blocks sit atop a podium comprising a car park and other facilities. The prices of the condominiums range from RM945,674 to RM6.2 mil. This is Angsana Setia director Kenneth Tan Kean Boon’s first high-rise condominium project.

When it came to conceptualising the project’s name, Tseng says, “We wanted a name that sounds like ‘anjo’, which bears a hint to the name of American actress Angelina Jolie, who is an allusion of sexiness and mystery.”

Besides having a mix of English and Malay connotations, the word “anjali” also means “offering” in Sanskrit. Anjali is also the name of a Tamil movie and that of an Indian film actress-cum-model.

Explaining the concept for the project, which is located on the north side of Mont’Kiara in Kuala Lumpur, Tseng describes it as “contemporary tropical” yet metropolitan.

Using projects like Alila Villas in Bali, Metropolitan Bangkok and The Upper House Hong Kong as reference points, he in¬fuses ideas related to simplicity and nature to suit our urban lifestyle.

As the creative consultant driving this project, Tseng works closely with the architects, marketing team, interior decorator and fit-out group. He is also fully involved in Anjali’s whole design process in order to ensure that everyone moves in the same direction from day one.

Also responsible for guiding the design aspect and architecture for the project, Tseng views this as a new approach in Malaysia. Mapping out marketing strategies and planning are also his responsibility.

This is the first time such a position has ever been created, according to Tseng, who is a member of Royal Institute of British Architects and holder of a Master of Architects (Honours) from University College London, United Kingdom.

When it comes to the strategies, he was reluctant to reveal too much, but says that it involves studying the behaviour of purchasers and visitors to the Anjali North Kiara Sales Gallery, which houses two show units of different design types.

The gallery will be converted later into a clubhouse for the residents. Presently, part of it lies on sunken ground, which fits perfectly into Tseng’s strategy when visitors arrive at the gallery’s reception area.

They will be ushered first to the show unit featuring the Type A1 design by the sales personnel before being shown the larger Type B1 dual key show unit, where they will con-veniently step down from a flight of steps instead of having to walk up to view it.

This planned route has been carefully crafted from the outset to create an experiential journey for visitors the mo¬ment they are brought to the private lift area that brings them straight to the private lobby area of the Type A1 show unit.

Access to the private lift will be shared between two condominium units on each floor, says Tseng, who has used different styles to distinguish the gallery’s two show units.
Type A1, with a total area of 1,306 sq ft, in which the private lobby occupies 93 sq ft, features three bedrooms. Targeted at the younger generation and small families, Tseng has incorporated a “funkier” style for this show unit where a lot of timber is used.

As you enter the unit, you will be greeted by the dining area. He remarks, “I have many friends who run start-up businesses. They love this unit because they can work from the dining table which is quite spacious. A lot of people work from home these days.”

Tseng also professes a love for the cork lamps from Spain that hang above the table. To lend volume to the living area, he places a huge bronze mirror on the walls.

Even though it is costlier to use a bronze mirror, he says it has the dual effect of dim¬ming the space. Since the studio unit only comes with a dry kitchen, he has turned the yard area into a wet kitchen for more efficient use of space.

Although his company is not the appointed architect (KSKA Arkitek Sdn Bhd is), Tseng, using his authority as Anjali’s creative consultant, has suggested changes to the design layout affecting these areas to the developer.

He also showed the various possibilities of how the three bedrooms in the show unit could be used, with one of them being converted into a relaxing study area with shelves to display one’s decorative items and books.

He has placed in one of the bedrooms a local custom-made table that can double up as a dresser with a mirror, which can be placed flat when not in use. His passion for design concepts can also be seen in the tinted glass covered wardrobe found in another bedroom in the show unit, especially when the room lights are turned off.

Tseng views the sunken bath in the master bathroom as “the biggest achievement we have done in terms of architectural improvement”. Considering it to be practical when it comes to its construction and usage, he says it took him quite a while to convince the developer of its place within Anjali’s design concept. 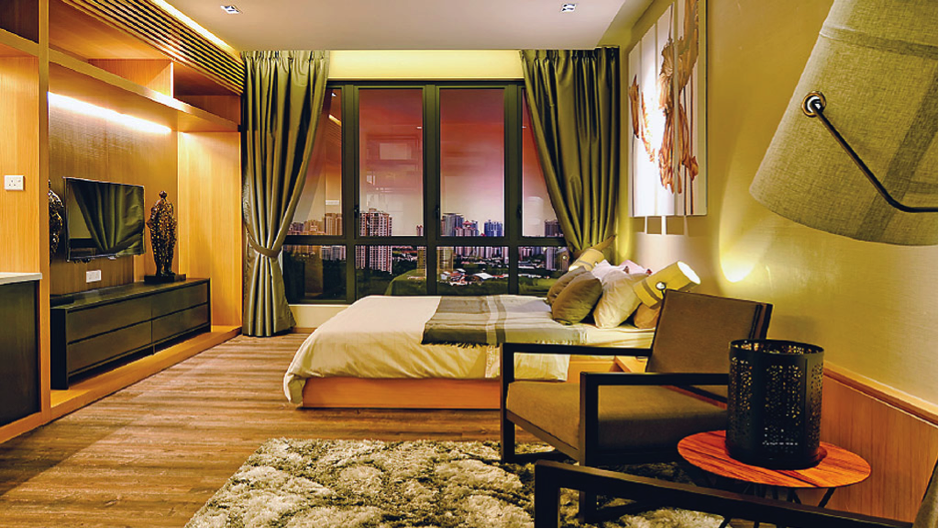